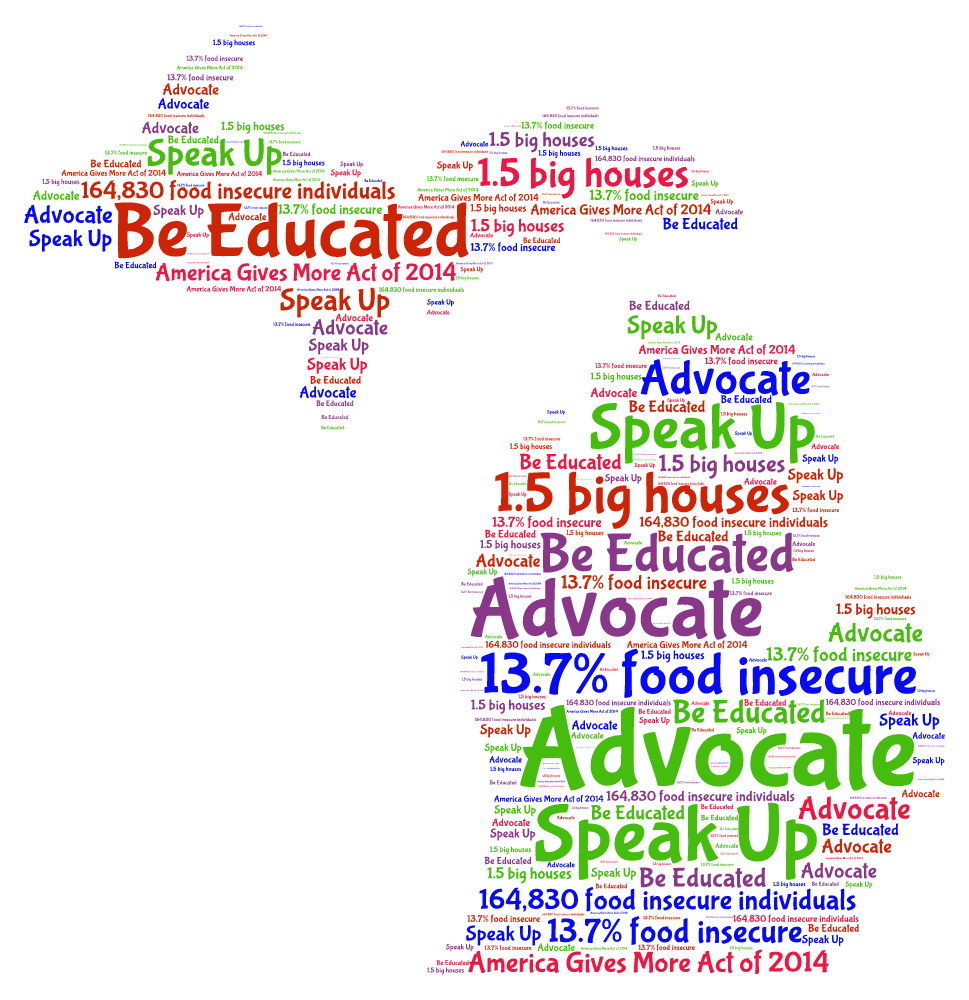 What is advocacy?  According to the Merriam-Webster dictionary, advocacy is defined as “the act or process of supporting a cause or proposal.” However, what does advocacy have to do with you?

Every person can advocate for a cause they feel strongly about. Sometimes the cause can be as large as reaching out to the government, and sometimes the cause can be as small as staying within your community.  Many of you may not know that just last week there was a nation-wide advocacy campaign urging congress to support the America Gives More Act of 2014 (H.R. 4719).  The America Gives More Act of 2014 states (1) that companies making tax deductions on food inventory is now permanent, (2) that businesses can now deduct 15% of the company’s profit (as opposed to 10%), and (3) defines rules on how companies can value the food inventory.

Last Tuesday, July 15th, non-profit organizations across America asked Americans to “call-in” to their representative urging them to support this legislation.  Calling was easy and must have been effective because this legislation was passed in the House and hopefully will be passed in the Senate as well.  To learn more about this specific piece of legislation please visit https://beta.congress.gov/bill/113th-congress/house-bill/4719.

But how can you become an advocate within your community?  Start off by learning more about food insecurity in your community. Learn the facts and teach them to others.  According to Feeding America, in 2012 Oakland County, had a food insecurity rate of 13.7% and had 164,830 food insecure individuals—that’s 1½ Big Houses.  Help bring that number down by raising awareness and getting involved—BE AN ADVOCATE, SPREAD THE WORD!

Want to join the discussion?
Feel free to contribute!

Could You Live On $1.50 Per Meal? See You Later
Scroll to top