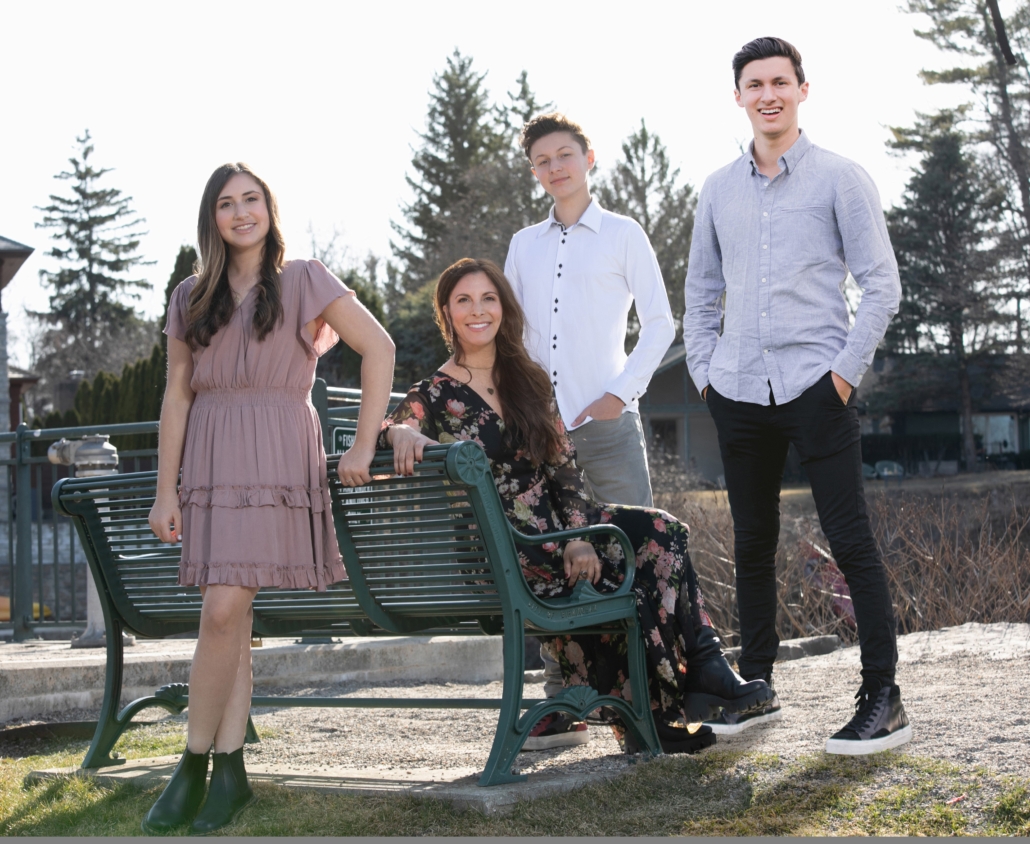 Yad Ezra is thrilled to pay tribute to this year’s honorees, Nancy Berman Kleinfeldt, and her children Adin, Caleb and Grace Kleinfeldt. The Kleinfeldt Family has been actively involved in our organization for many years. Nancy’s association began as a board member in 2000; she immediately began to co-chair our annual Spring Friend-Raiser events, including well attended Texas Hold ‘Em and illusionist events, to name a few, for 18 years. She also kicked off the Purim/Pasta annual appeal as a creative and meaningful way for the community to celebrate the holiday and fulfill the mitzvah of matanot l’evyonim (giving to the needy). Upon assuming the role of President of the Board of Directors in 2013, Nancy began a “healthy snack bag” program to supplement the groceries distributed to clients with children. During her tenure, the Geri Lester Greenhouse was designed and constructed.

Nancy is also a founder and executive board member of Kehillat Etz Chayim; a board member of Frankel Jewish Academy (FJA); an Icing Smiles custom cake baker/decorator; and serves on Jewish Federation of Metropolitan Detroit’s (JFMD) security committee, and on committees for American Jewish Committee (AJC).

With Nancy so deeply involved in Yad Ezra, Adin, Caleb and Grace naturally grew up at the building. They joined their mother often in sponsoring activities to benefit Yad Ezra including a food drive and a hula-hoop contest. As a teenager, Adin volunteered in the greenhouse, and served on Yad Ezra’s COTAH (Coalition of Teens Against Hunger) board. Nancy is a graduate of Yeshiva University’s Stern College and worked in marketing.

Adin, an FJA graduate, has completed a year of study in Israel and will attend IDC in Herzliya in the fall. Caleb will be a senior at FJA, is a member of AJC’s Leaders for Tomorrow, and works as a lifeguard. Both boys have served on the Federation’s Teen Board. Grace, who attended Farber Hebrew Day School, will be an FJA freshman this fall. She enjoys her time as a Friendship Circle volunteer and as a basketball coach.

For Nancy, whose compassion knows no bounds, Yad Ezra’s mission has resonated from the start. There are too many resources in the world for anyone to have to suffer from hunger. “Yad Ezra’s core values are aligned with my own Jewish values-based upbringing, and as such, Yad Ezra provided the perfect way for me to contribute to our community. It has been a privilege to be a part of this caring, innovative, and essential organization in our community.”

Photos from the 2021 Annual Event

This site uses cookies. By continuing to browse the site, you are agreeing to our use of cookies.

We may request cookies to be set on your device. We use cookies to let us know when you visit our websites, how you interact with us, to enrich your user experience, and to customize your relationship with our website.

Click on the different category headings to find out more. You can also change some of your preferences. Note that blocking some types of cookies may impact your experience on our websites and the services we are able to offer.

These cookies are strictly necessary to provide you with services available through our website and to use some of its features.

Because these cookies are strictly necessary to deliver the website, refusing them will have impact how our site functions. You always can block or delete cookies by changing your browser settings and force blocking all cookies on this website. But this will always prompt you to accept/refuse cookies when revisiting our site.

We fully respect if you want to refuse cookies but to avoid asking you again and again kindly allow us to store a cookie for that. You are free to opt out any time or opt in for other cookies to get a better experience. If you refuse cookies we will remove all set cookies in our domain.

We provide you with a list of stored cookies on your computer in our domain so you can check what we stored. Due to security reasons we are not able to show or modify cookies from other domains. You can check these in your browser security settings.

These cookies collect information that is used either in aggregate form to help us understand how our website is being used or how effective our marketing campaigns are, or to help us customize our website and application for you in order to enhance your experience.

If you do not want that we track your visit to our site you can disable tracking in your browser here:

We also use different external services like Google Webfonts, Google Maps, and external Video providers. Since these providers may collect personal data like your IP address we allow you to block them here. Please be aware that this might heavily reduce the functionality and appearance of our site. Changes will take effect once you reload the page.

The following cookies are also needed - You can choose if you want to allow them: